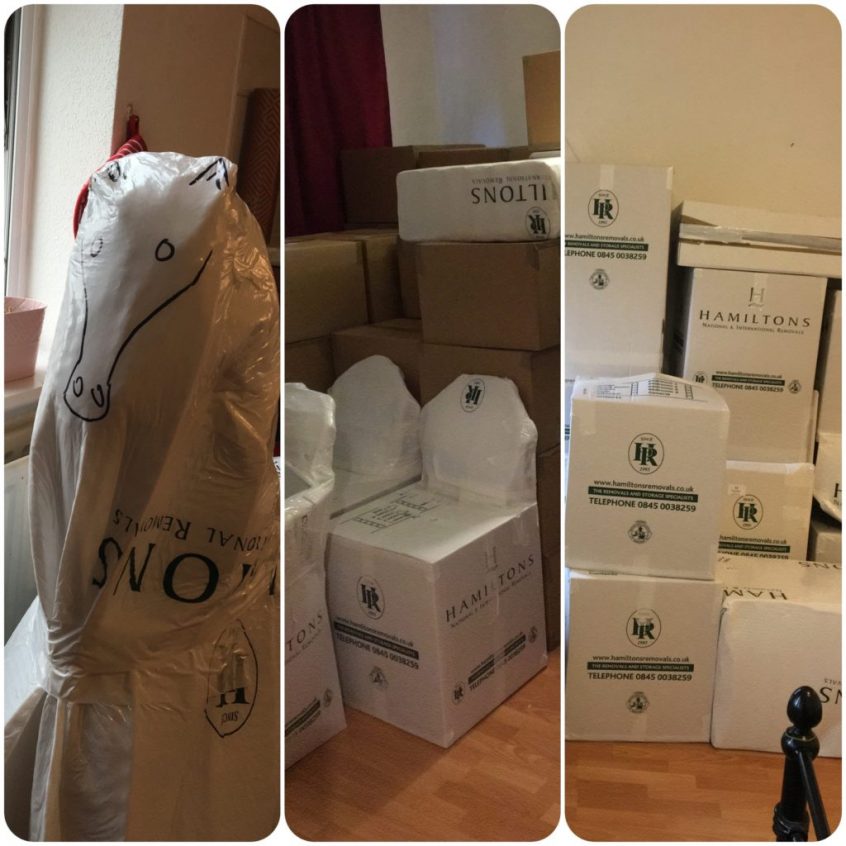 Well finally after a bit of a delay at sea due to stormy weather and then later with our delivery slot in Gran Canaria our furniture and belongings are now in their new home!

Miguel arrived in Las Palmas a couple of days ahead of the container, (or so we thought), in order to start preparing the house for their arrival. Unfortunately the ship with our container got delayed at sea and our container was several days later than expected. This meant we lost our orginal delivery slot with the Canadian removal team and had to wait almost another week before they were able to schedule delivery of our things. Ordinarily this would have been fine but with me at home in London waiting for baby to arrive in only a matter of weeks we were both pretty stressed out by these delays! (But admittedly it was nice having the bed all to myself, just me and a mountain of pillows!!)

The weather in Gran Canaria had been fairly decent all week, sunshine and blue skies as usual, until… Move Day!! The rain came down, the winds blew a gale and the mountains were foggy with limited visibility! Miguel bought himself a set of waterproofs and just got on with it! Never have I seen a man look so happy to be soaked through! Our furniture was coming and that was all that mattered! The removal guys were great and worked all day to get our things up the side of the mountain and into the cave house; it was back-breaking work but apparently they didn’t even pause for a break! Thanks guys!

Just over three months now until we are reunited with our belongings again…. baby is due in under 5 weeks!! Eeek….